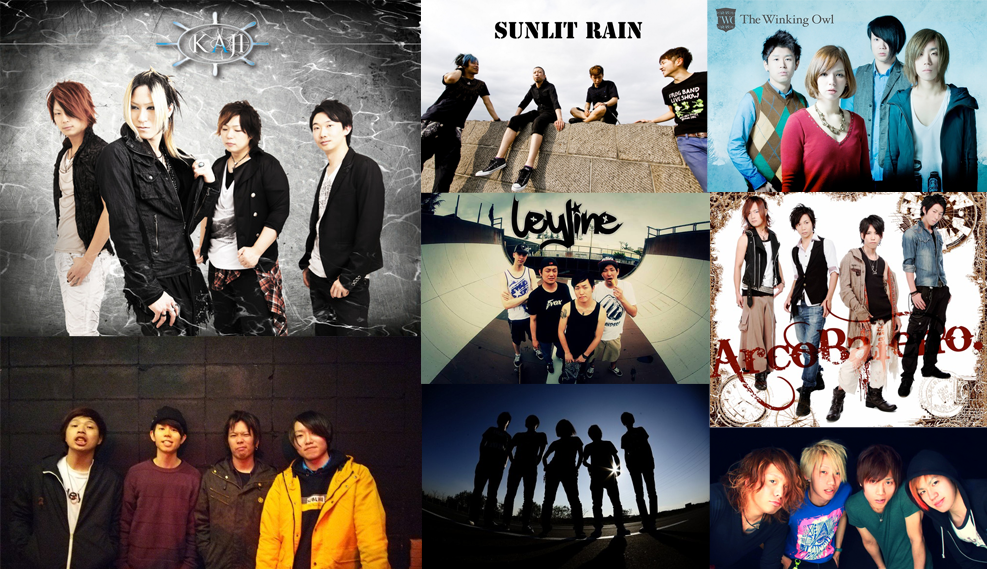 This week there is no new band, cause there were a lot of updates of the existing profiles. Please check these bands out again, because a lot of things happened!

First, big update for KAJI! I updated their profile infos, changed all the photos for the new artist pictures, added news and links, inserted an iTunes widget, cause they released their first digital single, and also changed the embedded Youtube video from “Limit” to “Prism”. Please check out KAJI‘s profile again!

Third, The Winking Owl published a new PV, which I also embedded in their profile (previously, it was “Precious”, now it is “The Ocean Floor”. All infos about the band here: The Winking Owl‘s profile.

Sixth, AIRFLIP published a new live PV, which I linked in the profile text. Further, after the departing of their former drummer Yuki, new drummer Ritsuya officially joined just recently. At this occassion, I also updated their artist pictures. Check the band out again here: AIRFLIP‘s profile.